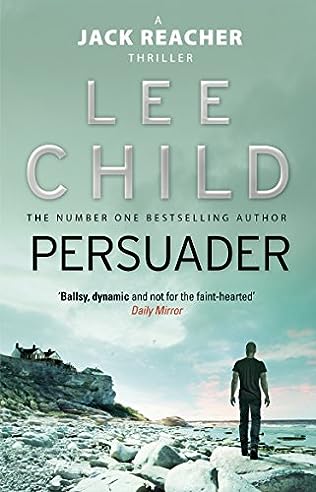 An elite ex-military cop who left the service years ago, he’s moved from place to place…without family…without possessions…without commitments.

And without fear. Which is good, because trouble–big, violent, complicated trouble–finds Reacher wherever he goes. And when trouble finds him, Reacher does not quit, not once…not ever.

He lives for the moment. Without a home. Without commitment. And with a burning desire to right wrongs—and rewrite his own agonizing past. DEA Susan Duffy is living for the future, knowing that she has made a terrible mistake by putting one of her own female agents into a death trap within a heavily guarded Maine mansion.

Staging a brilliant ruse, Reacher hurtles into the dark heart of a vast criminal enterprise. Trying to rescue an agent whose time is running out, Reacher enters a crime lord’s waterfront fortress. There he will find a world of secrecy and violence—and confront some unfinished business from his own past.