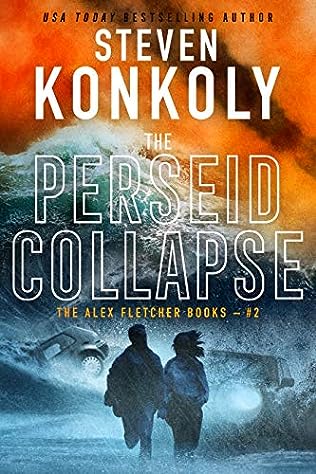 Alex Fletcher is back, in the epic post-apocalyptic sequel to The Jakarta Pandemic.  America is on the verge of collapse.

2019. Six years after the Jakarta Pandemic “decimated” the world’s population; life is back to normal for the Fletchers and most Americans. The United States stands at the brink of a complete domestic and international resurgence, with stories of confidence and prosperity dominating the headlines. Appearances can be deceiving.

An undercurrent of paranoia and fear still runs strong below the surface; the collective angst spawned by 28 million American deaths forever stamped into the population’s psyche. Suppressed memories of helplessness and desperation, anger and jealousy—All of it lurks in the shadows, waiting to be released.

On August 19, 2019, an inconceivable “event” will unleash a darkness over the United States. A human darkness with a vast appetite for chaos and violence.

Alex Fletcher will wake to this new world, thrown headfirst into an impossible journey. His skills and preparations will be put to the ultimate test, in a brutally hostile landscape, where the forged bonds of friendship and family remain the only true constant.