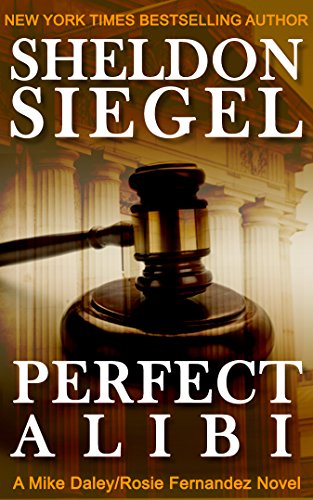 For Mike Daley and Rosie Fernandez—former spouses and current law partners—the stakes have never been higher. In the seventh installment of this bestselling, critically acclaimed series, the duo learns that their sixteen-year-old daughter’s boyfriend has been arrested on suspicion of murdering his father, a Superior Court judge.

Bobby Fairchild, however, claims to have found his father’s body upon returning home from a date with Grace. The police, who found Bobby at the scene of the crime holding the murder weapon, contend that his parents’ acrimonious divorce sent the boy over the edge.

With their daughter as Bobby’s only (Perfect) Alibi, Mike and Rosie take the case that takes them down San Francisco’s darkest alleys and into the homes of some of the city’s most prominent citizens.

Sheldon Siegel, a graduate of the University of California at Berkeley’s Boalt Hall School of Law, has been a practicing attorney in San Francisco for more than twenty-five years. Perfect Alibi is the seventh novel featuring criminal-defense lawyers Mike Daley and Rosie Fernandez. Siegel lives in Marin County with his wife, Linda, and twin sons, Alan and Stephen. He is currently working on his eighth novel.