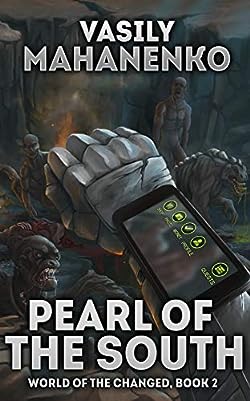 Book 2 in the World of the Changed series
published 2020

Earth was never the same after World of the Changed. Humanity was reduced to two camps: monsters thirsting to kill, and players doing everything they could to survive. The squabbles people had spent their time on before? Gone. If you wanted to live to see another sunrise, you had to work with everyone you could, from other players to game functions.

Mark Derwin, the most advanced player through the initial period of the game, knew all too well that his level was no advantage. Far from it—the game owner didn’t tolerate anyone who got too far ahead. The only thing the owner wanted was for Earthlings to disappear without a trace, giving up their resources to be extracted. But not everyone was willing to bend the knee before alien intelligence. In fact, some had begun to fight back against the game.

Mark Derwin continues his quest to save his sister. Our hero continues to learn more about this post-apocalyptic “game” he now lives in – striving to disrupt the plans of the galactic invaders and rescue his sister.