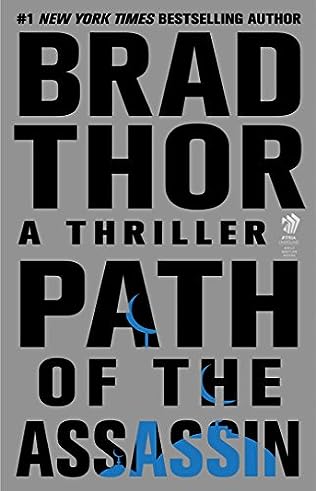 Thor and his indomitable hero Scot Harvath are back, raising the stakes and taking on one of the world’s most deadly terrorist organizations bent on stoking a global holy war of apocalyptic proportions.

After rescuing the President from kidnappers, Navy SEAL turned Secret Service agent Scot Harvath shifts his attention to rooting out and capturing or killing all those responsible for the plot. As he prepares to close out his list, a bloody and twisted trail of clues points toward one man — the world’s most feared, most ruthless terrorist, Hashim Nidal, who has assembled an international league of Islamic terrorist networks in an ingenious plot to topple both Israel and America.

Harvath and his CIA-led team must reach Nidal before it’s too late. One problem remains — they have no idea what the man looks like.
Only one person can positively identify Harvath’s quarry — Meg Cassidy, a beautiful hijacking survivor. Together, Scot and Meg must untangle a maddening web of global intrigue stretching across four continents.

From Macau, Jerusalem, and Chicago to Libya, Capri, and Rome, Harvath and Cassidy find themselves locked in a desperate race against time to sort the pieces of a deadly puzzle that will test not only their physical and mental limits but also the growing bond they feel for each other.