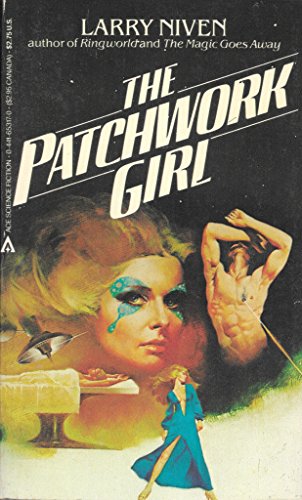 Only one person could have been on the lunar surface… Her name is Naomi Mitchison. She’s the most beautiful woman on the moon; she was also the only person who was outside on the lunar surface at the right moment to send a near-fatal laser beam into the chest of the Fourth Speaker for the Asteroids.

But she’s not a murderer, that much A.R.M. investigator Gil “The Arm” Hamilton is sure of, even though all the evidence seems to point straight at her. Trials these days are short, and sentencing for capital crimes is always the same: the organ banks, where felons wait in huge tanks to “repay society” with bits and pieces of their bodies.

Gil has got to move fast to keep Naomi in one piece, or the most beautiful woman on Luna is going to be a nicely arranged sack of spare parts.