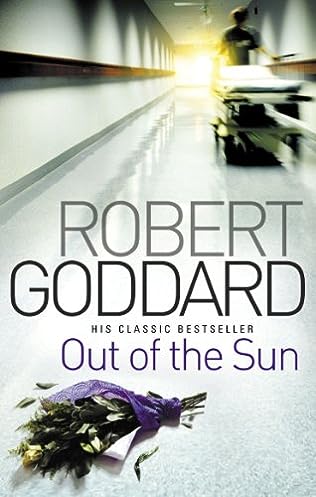 Harry Barnett is shocked to learn that he has a son — David Venning, a brilliant mathematician, now languishing in hospital in a diabetic coma.  And this is only the first and smallest of the mysteries he is about to encounter.

David’s condition is attributed to an accident or suicide attempt.  But Harry discovers that his mathematical notebooks are missing from the hotel room where he was found and two other scientists employed by the same American forecasting institute have died in suspicious circumstances.  Driven on by the slim hope of saving the son he never knew he had, Harry goes in search of the truth and finds himself entangled in several different kinds of conspiracy–none of which he ought to stand the slightest chance of defeating.

Harry Barnett was the flawed hero of Robert Goddard’s earlier novel, the award-winning Into the Blue.  But nothing in that experience prepared him–or the reader–for the baffling conundrums and heart-stopping suspense of Out of the Su