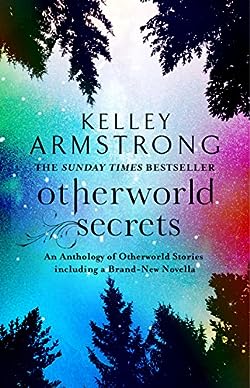 The next Otherworld anthology from #1 New York Times bestselling author Kelley Armstrong. This short story collection from internationally bestselling author Kelley Armstrong will feature tales about her witches and sorcerers – some of her most popular and fascinating characters. From Paige and Lucas to Savannah and her black witch mother Eve, these stories will enchant fans and new readers alike . . .

More than a decade after Kelley Armstrong first opened the doors to the Otherworld, fans are still clamoring for more. In response to their demands—and to coincide with the Syfy Network show based on the series—Plume has signed up three Otherworld anthologies, each of which revolves around a different theme. The second in the trilogy, Otherworld Secrets, features fan-favorites such as Cassandra, Savannah, and Adam in rare and never before- published short stories—plus a brand new novella. Fans old and new will flock to this mystery-themed volume to discover the deepest secrets of this captivating world.