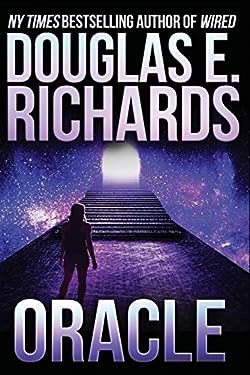 Book 6 in the Near Future series
published 2019

A breathtaking near-future thriller. From the New York Times bestselling author whose books have sold over a million copies. An interstellar war is racing toward an unsuspecting Earth. Can one young woman stop it before it’s too late?

LA detective Anna Abbott can see brief, cryptic visions of the future. She just doesn’t know it yet. But others do. Others who will stop at nothing to ensure that her abilities never see the light of day.

Soon Anna is fighting for her life against an array of powerful adversaries, and not all of them are human. Because a small group of aliens hiding on Earth believe that she can singlehandedly alter the course of an interstellar war. One that has raged for thousands of years, but which is completely unknown to humankind.

But even if Anna can beat the odds and stay alive, the greatest threat of all awaits: A super-intelligent species determined to prevent humanity from achieving its evolutionary destiny—at any cost.

ORACLE is a roller-coaster ride of a thriller. One packed with breathtaking action, startling revelations, and mind-blowing science, including a scientific rationale for clairvoyance itself.