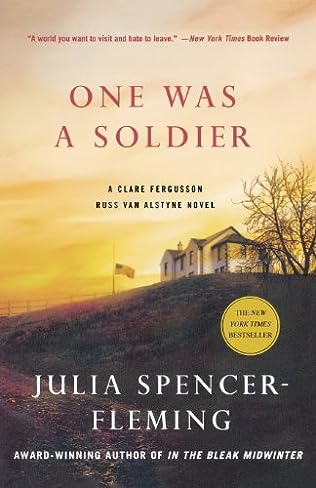 On a warm September evening in the Millers Kill community center, five veterans sit down in rickety chairs to try to make sense of their experiences in Iraq. What they will find are murder, conspiracy, and the unbreakable ties that bind them to one another and their small Adirondack town.

The Rev. Clare Fergusson wants to forget the things she saw as a combat helicopter pilot and concentrate on her relationship with Chief of Police Russ Van Alstyne. MP Eric McCrea needs to control the explosive anger threatening his job as a police officer. Will Ellis, high school track star, faces the reality of life as a double amputee. Orthopedist Trip Stillman is denying the extent of his traumatic brain injury. And bookkeeper Tally McNabb wrestles with guilt over the in-country affair that may derail her marriage.

But coming home is harder than it looks. One vet will struggle with drugs and alcohol. One will lose his family and friends. One will die. Since their first meeting, Russ and Clare’s bond has been tried, torn, and forged by adversity. But when he rules the veteran’s death a suicide, she violently rejects his verdict, drawing the surviving vets into an unorthodox investigation that threatens jobs, relationships, and her own future with Russ.