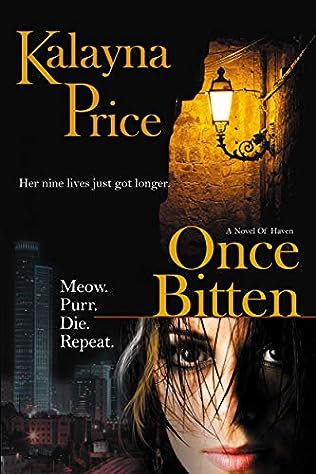 Kita Nekai comes from a family of powerful shapeshifters. Their siblings turn into lions, tigers or panthers. Only Kita becomes a spotted domestic cat. As if that were not bad enough, she’s also bitten by a vampire, then her ex-boyfriend reappears in her life, and finally, a mage’s student makes her a final project.

And to top it all off, Kita is sentenced to death. How is she supposed to cope with the chaos of her feelings and get out of it alive?

Kita Nekai, on the run and the smallest of her shifter clan—a calico cat among lions and tigers—is being hunted. She was expected to accept her role as her father’s successor whether or not her cat was up to the task of leading the clan. She disagreed. Now she’s less than a step ahead of the hunters, bone-tired, cold, and living hand-to-mouth in the city of Haven.

And that’s the high point of her day. She’s also drugged, “accidentally” turned into a vampire, and sentenced to death for recklessly creating a rogue shifter who tortures its human prey. She’s got seventy-two hours to find the rogue, evade a city full of hunters, prove she’s not responsible for the rogue, and keep the vampire council from killing her. All while sorting out an apprentice mage, a married ex-boyfriend shifter-hunter, and the vampire who made her.