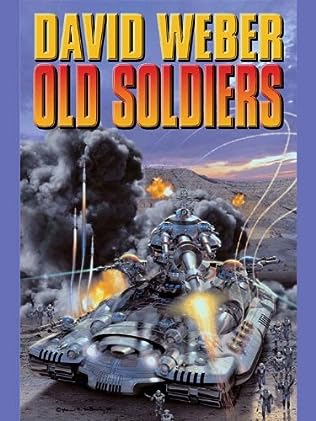 Captain Maneka Trevor was the sole human survivor of the Dinochrome Brigade’s 39th Battalion . . . but she hadn’t wanted to be one. The Bolo known as “Lazarus” — Unit 28/G-179-LAZ — was the 39th’s sole surviving Bolo . . . but he hadn’t been hers.

The doctors and the Bolo techs have put them both back together again, yet there are wounds no doctor or technician can heal. And now Maneka and Lazarus must serve together once again, in a war whose stakes are literally the survival or extermination of the human race. They are all that stand between a desperate, secret colony of humanity and destruction: a Bolo commander torn by survivor’s guilt and a Bolo whose very existence reminds her of all she has lost.

The odds against them are heavy, the stakes are huge, and surrender is not an option. The Dinochrome Brigade is used to that, but can Maneka and Lazarus survive their own shared past to defend the present?