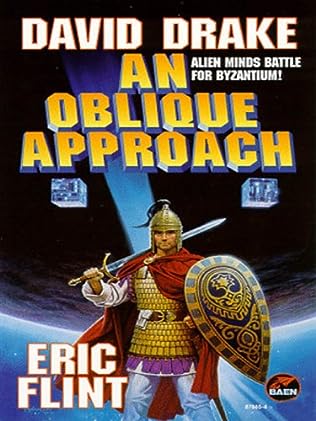 In northern India the Malwa have created an empire of unexampled evil. Guided or possessed by an intelligence from beyond time, with new weapons, old treachery, and an implacable will to power, the Malwa will sweep over the whole Earth.

Only three things stand between the Malwa and the conquest of Earth: Byzantium, the empire of Rome in the East; a crystal that urges mankind to fight; and Belisarius, general of the Byzantine Empire, and arguably the greatest commander the Earth has ever known.

A crystal with visions of the future. It brings humankind a warning against the Malawians and a simple instruction: fight. And if you lose, it’s better to commit suicide.

And a man – Belisarius. No doubt he is the best commander the earth bears. Unfortunately, only he realizes that winning a war is not dependent on a new weapon, but on people who will use it. And most of all, the man who will command them. Frightened by the emperor’s suspicion and the Malawian conspiracy, exposed to the dangers of border wars, spies and paid assassins, Belisarius must go to the very heart of the Malawian Empire and take the first step to make the monstrous visions of the crystal never come true. The general and his heroic companions are playing a dangerous game. And eternity is at stake.