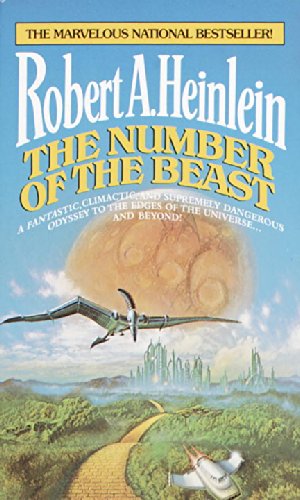 Dr. Zebadiah John Carter, Dr. Dejah Thoris Burroughs (Deety to her friends), Deety’s brainiac father, Jake, and her “Aunt” Hilda are running off to Reno for a quickie double wedding when a car bomb narrowly misses killing them all.

But, what makes this bantering bunch so special isn’t money or politics or jealous exes but the one-of-a-kind machine Jake has built in his basement. Jake has made an awesome quantum breakthrough-a simple invention that allows access to all the universes-and a race of blue-skinned, green-blooded bad guys are determined to grab the gadget for themselves.

Plugging the world-skipper into Gay Deceiver, Zeb’s trusty flying coupe, the lusty foursome set off on a rollicking rollercoaster ride to other space-time continuums, determined to evade and destroy the Black Hats who want them vaporized. And that’s when the fun really begins…