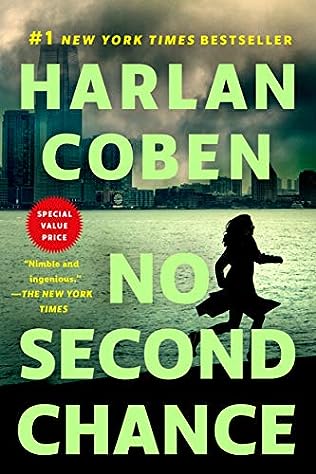 An explosive novel about the love of a father, set against a story where nothing is what it seems and where hope and fear collide in the most surprising ways.

When his child is taken, a father will stop at nothing to get her back in this explosive, white-knuckle thriller from #1 New York Times bestselling author Harlan Coben.

When the first bullet hit my chest, I thought of my daughter…

Marc Seidman’s idyllic world is brutally ripped apart when he is gunned down in his home. Twelve days later he wakes up in hospital to learn that his wife is dead and his baby daughter Tara is missing. A ransom demand is made and agreed to. But something goes terribly wrong. The kidnappers escape, and Marc remembers the ransom note’s ominous warning: there will be no second chance.

An agonising eighteen months pass with no word. And then, as Marc has just about given up all hope of seeing his daughter again, a package arrives with a note attached: want a second chance?

The note is chilling, but Marc sees only one thing: the chance to save his daughter. And, haunted by deception and deadly secrets – about his wife, about an old love, and about his own past – he vows to bring Tara home … at any cost.