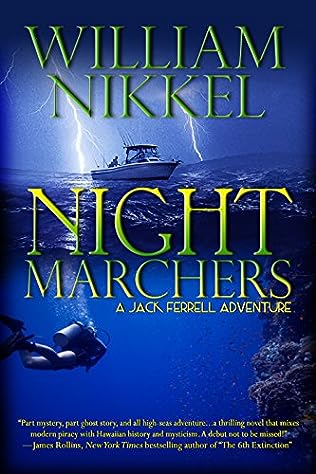 Enraged warriors attack. Ten minutes later, Captain Cook lay dead on the beach, his body hacked to pieces. His attempt to ransom King Kalaniopuu for the return of a boat stolen by the natives for its iron has cost the renowned explorer his life. One week later, Cook’s remains are buried at sea. His spinal column, ribs, sword, and uniform were never recovered.

A tiger shark attacks. Marine biologist Jack Ferrell plunges his dive knife into a coal-black eye. That afternoon, a floatplane lands next to the NOAA research vessel Albatross. Jack’s friend Robert Foster has come at the desperate request of Jack’s former girlfriend, Katie McIntyre. Her grandfather is dying, and it’s imperative he talks to Jack.

Katie’s grandfather Charles tells Jack an incredible tale about Hawaiian antiquities—including the bones of King Kalaniopuu and the final remains of Captain Cook—stolen by a soldier during WW II and lost inside a lava tube on the island of Kahoolawe. A story Charles McIntyre dismissed until Coleman Treadway—a ruthless antiquities dealer claiming to be the soldier’s grandson—showed up asking questions.

Now Katie’s grandfather wants Jack to find the relics and return them to the Hawaiian people before Treadway can get his hands on them.