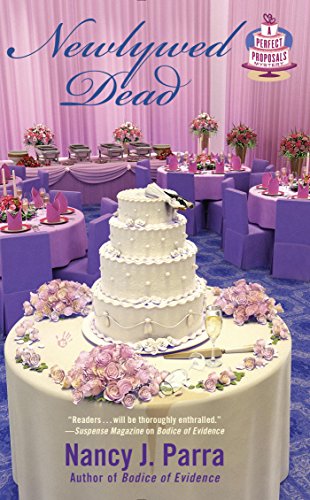 The wedding for Pepper Pomeroy’s sister Felicity starts with dearly beloved but it ends with dearly departed when Ashley, the bartender Pepper befriended earlier in the evening, drops dead from a lethal nightcap.

Authorities think it’s just a tragic accident. After all, who’d want to kill a virtual stranger at a country club wedding reception? That’s what Pepper wants to know.

A search into Ashley’s past reveals a twisty path of secret sororities, well-connected enemies, and an unsolved slaying still shadowing members of high society—including a filthy-rich battle-ax whose demands for the services of Pepper’s Perfect Proposals are starting to sound more like veiled threats.

Pepper’s business may be booming but continued success means outsmarting a mysterious culprit who’s still wedded to the idea of murder.