Neal Stephenson is a popular speculative fiction author whose books feature mostly in the cyberpunk science-fiction and techno-thriller genre. With books like Snow Crash, Cryptonomicon, and his Baroque Cycle series, the author has become an icon for all those readers who enjoy treaties on topics like cryptography, mathematics, history of science, and philosophy.

Cryptonomicom was my first ever Neal Stephenson book, and while some readers find his writing style a bit heavy, I quite enjoyed the techno-thriller with a historical theme quite a lot.

Here are the Neal Stephenson books in order for his series. His numerous standalone novels can be read in any order you choose.

Neal Town Stephenson was born in 1959, in Fort Meade, Maryland in a family of scientists. His father, a professor of electrical engineering, his mother, a biochemistry lab worker, his grandfathers, one a physics professor and the other a biochemistry professor were all role models in his life that helped shape him to the prolific writer he would become. Growing up, he was constantly surrounded by academic scientists, many with Ph.Ds with complex scientific ideas. Thus, his worldview was from early on shaped to something else than most kids grow up with from childhood to adulthood.

When Neal was only one year old, his family moved to Champaign-Urbana, Illinois, and then six years later, they moved to Ames, Iowa. This is where Neal went to school and graduated from the local arts school in 1977.

Following that, Neal Stephenson went to the Boston University where he took a major in physics. Later, he switched majors to geography, mostly because he realized that this field would give him more time with the university’s mainframe computer. In 1981, he graduated with a BA in geography, as well as a minor in physics.

In 1984 he moved to the Pacific Northwest where he also began writing his books. The first Neal Stephenson book, The Big U, was was published the same year, and featured American Megaversity and life around it plagued by riots.

However, it wasn’t until 1992 when Neal Stephenson became a known author with his novel Snow Crash, a high-tech comic novel in the cyberpunk subgenre that took the world by storm. It included technological topics such as robotics, nanotech, cybernetics, meshing them with Sumerian mythology. Going back to his fascination with computers and programming, the author embedded these themes in his novel. It is no surprise that lots of high tech folks and computer geek became the book’s first main fans.

Over the years, Neal Stephenson wrote numerous books, mostly standalones, among them also Cryptonomicon, probably his best selling novel yet. This book also tackles highly scientific and technical topics such as codebreaking, cryptography, Alan Thuring’s work with these, and general computing. The book earned the author the Prometheus Hall of Fame Award.

Although the author is mostly known for his fiction novels, he has also written a few non-fiction books. They also deal with the same themes of social change and technology as his fiction work.

Most of the Neal Stephenson books are quite long – for example his Reamde modern-day techno-thriller is just a bit over 1000 pages. Also, many readers notice that the books are not entirely easy to read for non-geeks, or those of less – as they themselves mockingly call themselves “of only average intelligence.” (which is most of us anyway). The author’s scientific upbringing and vast, overencompassing technological and scientific knowledge is very visible in his books. While they are commercial in nature, they are not as easy to read as, say, a Dan Brown novel, or even a Daniel Suarez book.

His 2019 book, Fall: or, Dodge in Hell, is another very long book at around 900 pages. It starts in Seattle, which is where the author also lives, but then it goes deep into the future where people can have their brains uploaded to a computer mainfraime so that it eventually can be retrieved when the time is right. While it has some of the characters from the author’s 2011 Reamde, it is a standalone work nonetheless. Also, this book masterfully blends together science-fiction with fantasy, which, while related, are still two very different genres that not many authors would attempt or manage to successfully merge.

Besides writing books, the author also tried his hand at creating games, where he started a Kickstarter campaign for his realistic sword-fighting game Clang. Sadly, the next year the funding ran out for the game, which was never finished, with an official closing year of 2014.

The same here he also became Chief Futurist of Magic Leap, a Florida based startup company that develops augmented reality, some of which comes close to the ideas the author had in a few of his earlier books.

As the author has written numerous standalone novels, reading the Neal Stephenson books in order is not a prerequisite at all. However, since Reamde and Fall: or, Dodge in Hell are set in the same world with some of the characters being present in both books, while one is not a direct sequel to the other, it is recommended that you read Reamde first before picking up the author’s 2019 novel.

The Rise and Fall of D.O.D.O. is a high-stakes techno-farce with brains and heart. (San Francisco Chronicle)

Stephenson has not stepped, he has vaulted onto the literary stage with this novel. (Los Angeles Reader on Snow Crash)

Electifying…hilarious…a picaresque novel about code making and code breaking, set both during World War II and during the present day. (New York Times on Cryptonomicon)

A fantastic adventure across time and space, grounded in science but deeply thought-provoking about human nature and the future of our species (Molecular biologist Jennifer Doudna on Seveneves)

Fall is at once science fiction and fantasy, with quantum computing enabling what amounts to magic, and while Stephenson spins out a pleasingly plausible vision of our near future, he carves out his most comfortable position in the uncertain nexus where that future becomes past and we rewrite our own apocrypha. Vintage Stephenson, which is to say it’s like nothing he’s ever written. (Wired on Fall)

How to Read the Ted Bell Books in Order 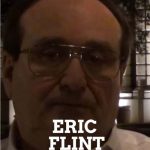 What Do You Think of the Neal Stephenson Books? Cancel reply