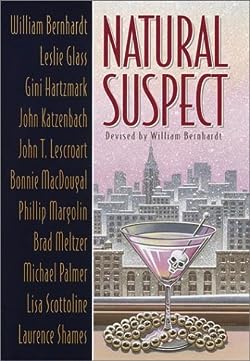 Arthur Hightower made a name for himself and a vast fortune in the oil business. But when the volatile tycoon decides to disinherit his spoiled children and cheating wife, he makes the biggest mistake of his life– and the last. After declaring his intentions, Hightower turns up on Thanksgiving Day . . . clubbed to death and stuffed in a meat locker, clutching a frozen asset–his wife’s precious pearl necklace. Now Julia Hightower stands charged with the cold-as-ice crime of murdering for millions. While the sensational trial has New York in a frenzy, a curious cast of characters face off in and out of the courtroom.

Devin McGee, a small-time lawyer about to hit the big-time defending Julia Hightower– if her intimate encounter with the prosecutor doesn’t catch up with her . . . Trent Ballard, the quirky assistant D.A., who owns a huge pet rabbit and thinks his tryst with Devin will help him get a conviction . . . Patrick Roswell, a wannabe reporter sitting on a scoop that could turn the trial upside-down, unless a scalpel-wielding clown decides to kill the story– and Patrick . . . Sissy Hightower, Julia’s sex-crazed, air-headed daughter-in-law, who has a suitcase full of secrets . . . Robert S. Rutledge, a powerful Wall Street warrior with a lot riding on the Hightower verdict– and a lot to learn about messing with the wrong people . . . and Cordelia, the mystery woman that everyone seems to know.

All are in for the trial of their lives–but who among them is the true natural suspect?