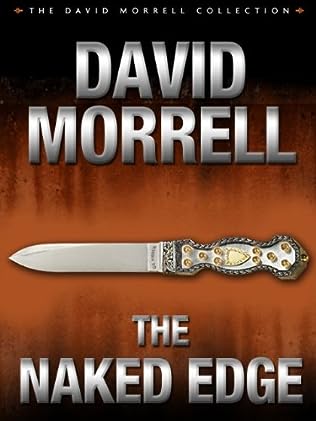 Once they were boyhood best friends, playing in the woods near their homes, pretending to be soldiers surviving behind enemy lines. Grownup, they belonged to Delta Force and later worked as protectors for the world’s best security company. Now their lives have taken drastically different paths, pitting them against one another, forcing them to play their boyhood game again, this time to learn who dies.

The survival of a great city hangs in the balance as two friends-turned-enemies hunt one another and discover that there’s a line between predators and prey, a line that’s called The Naked Edge. From Rambo-creator David Morrell, the father of the modern action novel, comes a gripping international thriller that you won’t want to end.

The hero of this tale, Cavanagh, is cut straight from Jack Reacher cloth and, also like Reacher, he is faced with an implacable foe who is equipped with all the military and fighting skills Delta Force could give him but lacks in any form of honesty, empathy, or any bit of control.