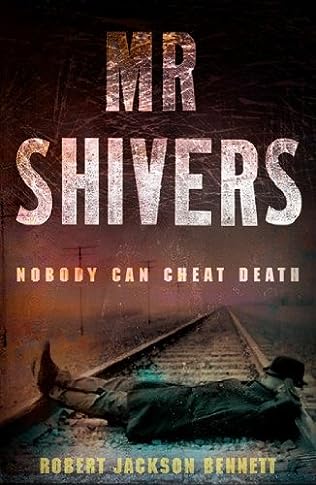 It is the time of the Great Depression. Thousands have left their homes looking for a better life, a new life. But Marcus Connelly is not one of them. He searches for one thing, and one thing only. Revenge.

Marcus Connelly seeks not a life, but a death – a death for the mysterious scarred man who murdered his daughter. And soon he learns that he is not alone. Countless others have lost someone to the scarred man. They band together to track him, but as they get closer, Connelly begins to suspect that the man they are hunting is more than human.

Because out there, riding the rails, stalking the camps, is the scarred vagrant who murdered Connelly’s daughter. No one knows him, but everyone knows his name: Mr. Shivers.

In this extraordinary debut, Robert Jackson Bennett tells the story of an America haunted by murder and desperation. A world in which one man must face a dark truth and answer the question-how much is he willing to sacrifice for his satisfaction?