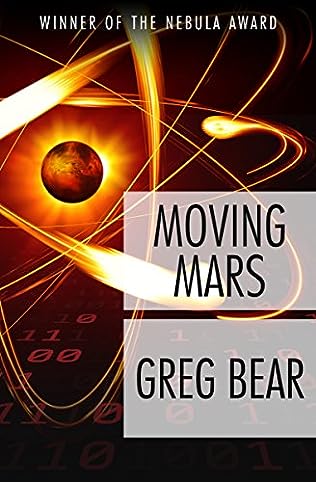 Moving Mars is a story of human courage and love set within the greater saga of a planetary liberation movement.

Mars is a colonial world, governed by corporate interests on Earth. The citizens of Mars are hardworking but held back by their lack of access to the best education, and the desire of the Earthly powers to keep the best new inventions for themselves.

The young Martians — the second and third generations born on Mars — have little loyalty to Earth, and a strong belief that their planet can be independent. The revolution begins slowly but will grow in power over decades of political struggle until it becomes irresistible.

Told through the eyes of an extraordinary character, Casseia Majumdar, a daughter of one of Mars’ oldest, most conservative Binding Multiples, Moving Mars is Greg Bear’s brilliant conception of the human colonization of the red planet, with lovingly painted details and a grand historical sweep, embellishing an audacious scientific speculation.