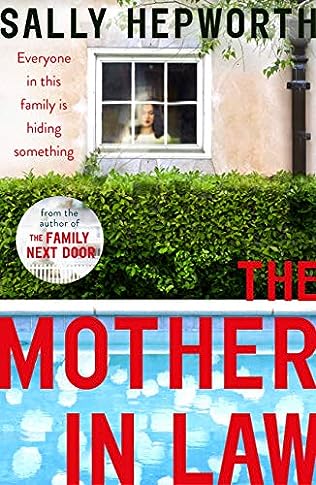 Someone once told me that you have two families in your life – the one you are born into and the one you choose. Yes, you may get to choose your partner, but you don’t choose your mother-in-law. The cackling mercenaries of fate determine it all.

A twisty, compelling novel about one woman’s complicated relationship with her mother-in-law that ends in murder… From the moment Lucy met her husband’s mother, Diana, she was kept at arm’s length. Diana was exquisitely polite, and properly friendly, but Lucy knew that she was not what Diana envisioned. But who could fault Diana? She was a pillar of the community, an advocate for social justice who helped female refugees assimilate to their new country. Diana was happily married to Tom, and lived in wedded bliss for decades. Lucy wanted so much to please her new mother-in-law.

That was five years ago.

Now, Diana has been found dead, a suicide note near her body. Diana claims that she no longer wanted to live because of a battle with cancer.

But the autopsy finds no cancer.
The autopsy does find traces of poison and suffocation.
Who could possibly want Diana dead?
Why was her will changed at the eleventh hour to disinherit both of her adult children and their spouses?

With Lucy’s secrets getting deeper and her relationship with her mother-in-law growing more complex as the pages turn, this new novel from Sally Hepworth is sure to add to her growing legion of fans.