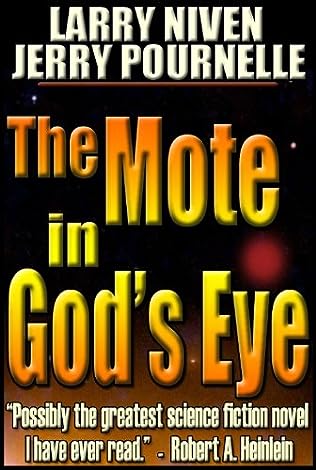 The Mote in God’s Eye

In 3016, the 2nd Empire of Man spans hundreds of star systems, thanks to faster-than-light Alderson Drive. Intelligent beings are finally found from the Mote, an isolated star in a thick dust cloud. The bottled-up ancient civilization, at least one million years old, are welcoming, kind, yet evasive, with a dark problem they have not solved in over a million years.

The united ‘Second Empire of Man’ spans vast distances, due to the Alderson Drive which has enabled humans to travel easily between the stars. After an alien probe is discovered, the Navy dispatches two ships to determine whether the aliens pose a threat…

Called by Robert A. Heinlein: “Possibly the greatest science fiction novel ever written,” this magnificent exploration of first contact and a truly alien society is a “must read” for science fiction fans.