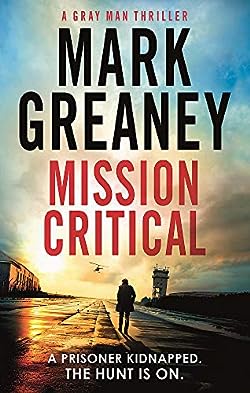 Court Gentry’s flight on a CIA transport plane is interrupted when a security team brings a hooded man aboard. They want to kick Gentry off the flight but are overruled by CIA headquarters. The mystery man is being transported to England where a joint CIA/MI6 team will interrogate him about a mole in Langley.

When they land in an isolated airbase in the U.K., they are attacked by a hostile force who kidnaps the prisoner. Only Gentry escapes. His handlers send him after the attackers, but what can one operative do against a trained team of assassins? A lot, when that operative is the Gray Man.

Zoya Feodorov is a former Russian SVR foreign intelligence officer, and a new CIA asset who is now confined in a safe house. She notices a detail in a photograph shown to her by her handler, Suzanne Brewer, that triggers a sense of disquiet as it challenges what she thought was true.

There are secrets, lies, twists, turns, along with plenty of violence, and the high body count we come to expect from Court and his main characters.