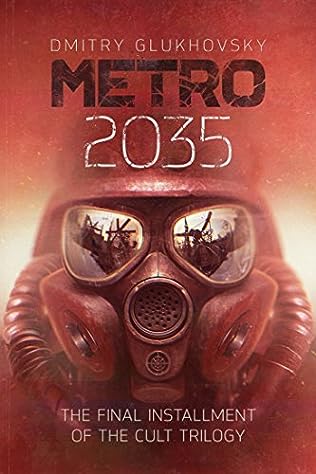 Book 3 in the Metro series

World War Three wiped out the humankind. The planet is empty now. Huge cities became dust and ashes. Railroads are being eaten by rust. Abandoned satellites hang lonely on the orbit. Radio is mute on all the frequencies.

The only survivors of the last war were those who made it into the gates of the Metro, the subway system of Moscow city. It’s there, hundreds of feet below the ground, in the vaults of what was constructed as the world’s largest air-raids shelter that people try to outlive the end of the days. It’s there that they created a new world for themselves.

The stations of Metro became city-states, and its citizens, torn apart by religions and ideologies are fighting for the now scarce commodities: air, water, and space. This tiny underground world can only remind humans of an immense world they once were the masters of.

It’s been twenty years past Doomsday, and yet the survivors refuse to give up. The most stubborn of them keep cherishing a dream: when the radiation level from nuclear bombings subsides, they will be able to return to the surface and have the life their parents once had.

But the most stubborn of the stubborn continues to search for other survivors in this huge emptiness that once was called Earth. His name is Artyom. He would give anything to lead his own people from the underground onto the surface.