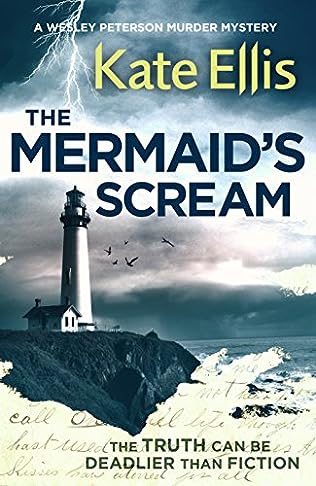 Why did Wynn Staniland, a legend in the literary world, suddenly become a recluse in the 1980s? Most assumed he stopped writing because of his wife’s bizarre suicide; a death that mirrored a murder case from the nineteenth century. And now a promising young author called Zac Wilkinson is working on Staniland’s biography and hopes to reveal the true story to a waiting world – while at the same time keeping his own troubled past hidden from public view.

When Wilkinson is found brutally murdered, DI Wesley Peterson finds links to the unexplained poisoning of a middle-aged couple at a local caravan park – and Wynn Staniland appears to be the connection.

As Wesley delves further into the case he suspects a sinister puppet show might provide the solution: a grim re-enactment of the murder of Mary Field, a cause celebre from the reign of Queen Victoria that inspired Staniland’s best-known novel.

The case becomes personal for Wesley when he discovers his son is involved, and as he begins to unravel decades of secrets and deception, the shocking truth proves almost too much to bear . . .