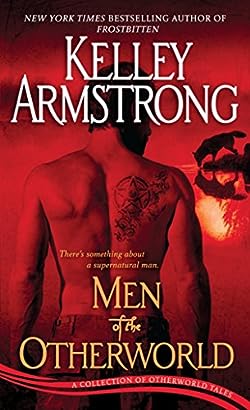 New York Times bestselling author Kelley Armstrong has captivated readers with her spellbinding Women of the Otherworld series. In this collection of four tales, she gives equal time to the men who love these sexy, supernatural women—men who live on the wild side. Now she is back with a true gift for her fans: an exclusive glimpse into the minds and hearts of the men of the Pack.

Kelley Armstrong has made a huge name for herself with her trademark portrayals of the strong, unusually gifted women who populate her Otherworld.

But her fans have always wanted to know more about the men who love these women, and revealed in the pages of this collection are the life stories – and secrets – of Clay and Jeremy, two of the sexiest and most mysterious men of the Otherworld.

As a curious six-year-old, Clayton didn’t resist the bite—he asked for it. But surviving as a lone child-werewolf was more than he could manage—until Jeremy came along and taught him how to straddle the human-werewolf worlds, gave him a home…and introduced him to the Pack. So begins this volume, featuring three of the members of the American Pack—a hierarchical founding family where bloodlines mean everything and each day presents a new, thrilling, and often deadly challenge.

For as Clayton grows from a wild child to a clever teen who tests his beloved mentor at every turn, he must learn not only to control his animal instincts but to navigate Pack politics—including showing his brutal archnemesis, Malcolm, who the real Alpha is…