Last Updated on August 20, 2020 Lucy Dawson is the British author of several standalone psychological thriller novels, including White Lies, The Daughter, The Memory, and Don’t Ever Tell.

Here are the Lucy Dawson books in order based on the year of publication. As each book is separate from the other, they can be easily read in any order you choose.

Lucy Dawson (not to be confused with Lucy Dawson, the British painter of dog portraits and sketches) is a British author of psychological thriller novels who lives in Exeter, England, with her husband and her children.

During secondary school, an English teacher encouraged Lucy to write. She later attended Warwick University from where she got her degree in psychology involving statistical analysis and models of language. During college, she continued writing on the student paper.

Before becoming a full-time author, she worked as a journalist and a children’s magazine editor. In 2008, her debut novel, titled His Other Lover, was published.

In addition, she would also interview pop stars and other celebrities. She mentioned, “I used to interview the likes of Britney Spears for a living, making absolutely no use whatsoever of my psychology degree from Warwick University, but it was a lot of fun.” Her degree was less about actual human psychology and more about statistical analysis and models of language.

Many readers consider some of her psychological books instead as chick-clit, such as The One That Got Away, What My Best Friend Did, and His Other Lover. Still, they are darker than the usual chick-list novels, and I, personally, consider them psychological thrillers.

Lucy got the idea for her debut novel after reading a newspaper article about how women from different countries deal differently with spousal infidelity. Her book also deals with cheating, in that Mia discovers from Pete’s cellphone that he is cheating on her. But rather than confront him, she embarks on a journey to find out the truth in her own way.

Generally, in her books, Lucy Dawson enjoys touching on them of crazy things happening to normal people and their ways of dealing with them. In White Lies, the story is told in the form of testimony narration by different characters, where until the end of the book you are wondering who is the one telling the truth, especially when both Alex, Jonathan, and the rest of the characters, tell another version of the truth.

Most of the author’s books deal with female characters as leads and heroes of her stories. They are usually complicated, dealing with complex situations they are thrown into. Many of these women are also capable of committing heinous crimes.

For example, His Other Lover features Mia, the girlfriend cheated on. The Daughter is about Jess, who lost her daughter, Bess, several years ago. And The Memory is about Eve and Claire, two women who are somehow connected but they don’t quite know yet how. In this book, another interesting character is Isobel (Izzy), Eve’s daughter who went through something horrible during her childhood, which she never really got over.

Some of the Lucy Dawson books have been translated into several languages and printed in various countries, including in Brazil, China, France, Italy, Denmark, Holland, Czech Republic, Germany, Hungary Russia, Spain, and Turkey.

After working with Corvus and Little, Brown, in 2017, Lucy Dawson moved her books to the British publisher Bookouture, which is the home to many great thriller authors including Angela Marsons, Mel Sherratt, and Robert Bryndza (one of my most favorite contemporary thriller authors ever). The first book published with Bookouture was The Daughter, followed by White Lies, and The Memory. This was the very year when Bookouture was purchased by Hachette UK, which is the second largest UK publisher. Lucy Dawson is definitely in good hands.

Gripped me and didn’t let go until the wickedly twisted ending. (Jenny Blackhurst)

Full of suspense and had me biting my nails down to my knuckles!! (Stardust Book Reviews)

Tense, twisty and all too close to home: Lucy Dawson is brilliant at spinning our worst nightmares from everyday scenarios. (Erin Kelly)

I’ve just finished The Memory and amabsolutely blown away… A dark and mysterious book… it creeped me out when I was reading late at night! I loved every second of this book. It was utterly compelling. The characters perfectly constructed, the secrets brilliantly revealed. An excellent read, perfect for these cold, dark evenings. (Vikki Patis)

A gripping read that kept me guessing. (C. L. Taylor)

Sucks you into the story…A truly enjoyable read. (Sophie McKenzie) 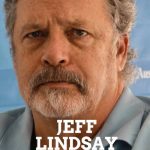 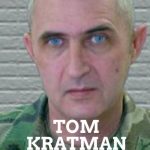 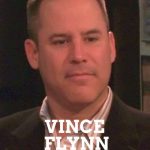