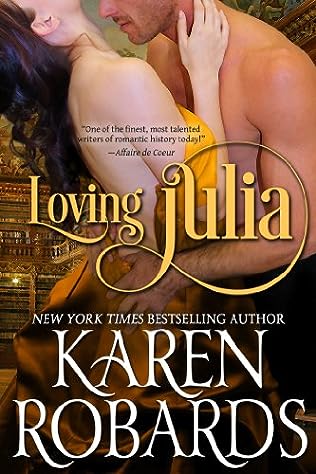 Seventeen-year-old Jewel Combs is not a lady. She is a guttersnipe living hand-to-mouth on London’s mean streets when she meets a dying man who marries her to spite his aristocratic family. Cold, aloof, breathtakingly handsome, Sebastian, Earl of Moorland, is the head of that family, and when widowed Jewel belligerently presents herself to him as his newest relative his inclination is to throw her back out on the streets.

London street urchin Jewel Combs had no future but one of whoredom and shame. Then a dying gentleman looked at her topaz eyes and still untouched innocence — and wed her to torment his aristocratic family with a final, scandalous joke after his death.

But Sebastian, Earl of Moorland, found nothing humorous in the cheeky young widow’s claims on his cousin’s inheritance … or in the smoldering sensuality of this rough Jewel. Appraising her with his ice blue eyes, he wondered if it might be amusing to polish her into a lady, call her Julia Stratham … and seduce her.

Jewel had kept her virginity amid England’s roughest men, yet when this devastatingly handsome lord lowered his mouth to her burning flesh, an irresistible fire consumed her … and even if he called her wanton, she vowed to be the lady he loved tonight … and forever.