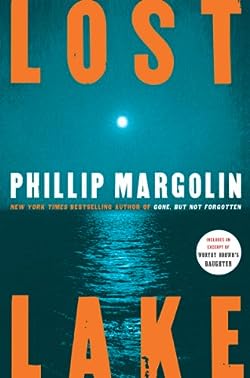 Vanessa Kohler wakes from a sound sleep in a California lakeside mansion to find her host, a young Congressman, near-death–he’s been tortured, his safe is wide open–and the man who seems to have attacked him, is about to flee the house, is Carl Price, someone she once loved. Missing are the documents that prove Vanessa’s father, the General, runs a covert military unit of assassins who answer only to him.

Once the General arrives on the scene and hustles her off to a mental hospital where she’s held for more than a year, her charges are dismissed as the rantings of a crazy woman. A decade later Carl Price reappears, caught in an incident at a Little League game in Oregon that briefly makes the national news and thus brings him to Vanessa’s notice again. But by now she’s a tabloid reporter, so even those who don’t know about her stint in the asylum won’t take her charges against the General seriously.

And Carl Price may have killed the Congressman, but he’s the only person who can prove that the Unit exists; if Vanessa doesn’t get him before the General has him killed, he’ll never be able to corroborate her story, and the General may well be elected President.