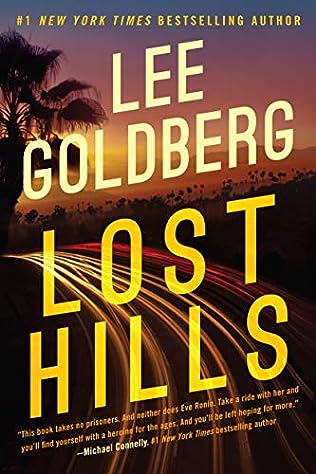 A detective’s brutal first case could make or break her career in an exhilarating thriller by #1 New York Times bestselling author Lee Goldberg.

Ronin is a newly minted Sheriff’s Homicide Detective, promoted to the chagrin of her colleagues based on a viral video of a celebrity arrest.

A video of Deputy Eve Ronin’s off-duty arrest of an abusive movie star goes viral, turning her into a popular hero at a time when the Los Angeles County Sheriff’s Department is plagued by scandal. The sheriff, desperate for more positive press, makes Eve the youngest female homicide detective in the department’s history.

Now Eve, with a lot to learn and resented by her colleagues, has to justify her new badge. Her chance comes when she and her burned-out, soon-to-retire partner are called to the blood-splattered home of a missing single mother and her two kids. The horrific carnage screams multiple murder—but there are no corpses.

Eve has to rely on her instincts and tenacity to find the bodies and capture the vicious killer, all while battling her own insecurities and mounting pressure from the media, her bosses, and the bereaved family. It’s a deadly ordeal that will either prove her skills…or totally destroy her.