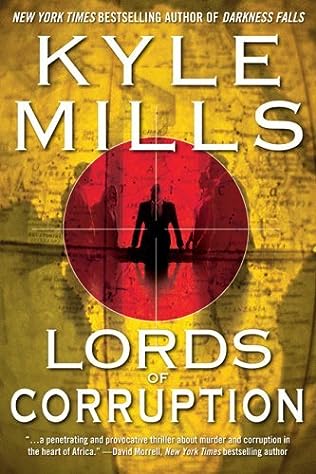 When Josh Hagarty is recruited by the charitable organization NewAfrica to manage a farming project in an underdeveloped African country, he signs on, figuring that he can put his newly acquired graduate degree in engineering to good use. However, when Josh gets situated in Africa, he finds that NewAfrica may not be the philanthropic charity it purports itself to be.

As Josh delves deeper into his work, secrets begin to unravel, throwing him into a world of violence, turmoil, and political corruption. He soon learns that Gideon, the man responsible for heading the local organization, is not only a relative of the African country’s president, but also a strong-arm thug with a tendency towards aggression and dishonesty.

In his hunt for both truth and justice, Josh also discovers that his predecessor may have been murdered to cover up something he had discovered about the project, something that should have remained buried. And why has Gideon uprooted the very people that Josh thought he was supposed to be helping? Is NewAfrica merely a scam?

With the help of Annika Gritdal, a beautiful Scandinavian aid worker, and journalist J.B. Flannary, Josh must fight to uncover the truth behind NewAfrica. In doing so, the trio must struggle to survive by evading those who are trying to prevent them from uncovering a dangerous secret—a secret that might just get them killed.