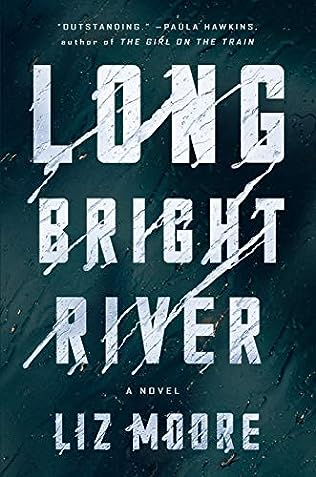 Two sisters travel the same streets, though their lives couldn’t be more different.
Then one of them goes missing.

In a Philadelphia neighborhood rocked by the opioid crisis, two once-inseparable sisters find themselves at odds. One, Kacey, lives on the streets in the vise of addiction. The other, Mickey, walks those same blocks on her police beat. They don’t speak anymore, but Mickey never stops worrying about her sibling.

Mickey Fitzpatrick has been patrolling the 24th District for years. She knows most of the working women by name. She knows what desperation looks like and what people will do when they need a fix. She’s become used to finding overdose victims: their numbers are growing every year. But every time she sees someone sprawled out, slumped over, cold to the touch, she has to pray it’s not her sister, Kacey.

When the bodies of murdered sex workers start turning up on the Ave, the Chief of Police is keen to bury the news. They’re not the kind of victims that generate a whole lot of press anyway. But Mickey is obsessed, dangerously so, with finding the perpetrator – before Kacey becomes the next victim.

Then Kacey disappears, suddenly, at the same time that a mysterious string of murders begins in Mickey’s district, and Mickey becomes dangerously obsessed with finding the culprit–and her sister–before it’s too late.

Alternating its present-day mystery with the story of the sisters’ childhood and adolescence, Long Bright River is at once heart-pounding and heart-wrenching: a gripping suspense novel that is also a moving story of sisters, addiction, and the formidable ties that persist between place, family, and fate.