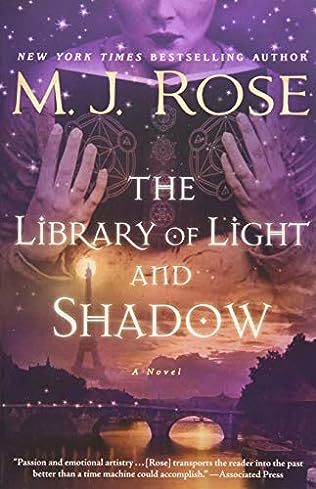 In the wake of a dark and brutal World War, the glitz and glamour of 1925 Manhattan shine like a beacon for the high society set, which is desperate to keep their gaze firmly fixed to the future. But Delphine Duplessi sees more than most. At a time in her career when she could easily be unknown and penniless, like so many of her classmates from L’École de Beaux Arts, in America she has gained notoriety for her stunning “shadow portraits” that frequently expose her subjects’ most scandalous secrets—for better or for worse.

Most nights Delphine doesn’t mind that her gift has become mere entertainment—a party trick—for the fashionable crowd. Though her ancestor La Lune, the legendary sixteenth-century courtesan and—like Delphine—a witch, might have thought differently.

Then, on a snowy night in February, in a penthouse high above Fifth Avenue, Delphine’s mystical talent leads to a tragedy between two brothers. Horrified, she renounces her gift.

Devastated and disconsolate, Delphine returns to her old life in the south of France where Picasso, Matisse, and the Fitzgeralds are summering. There, Delphine is thrust into recapturing the past. First by her charismatic twin brother and business manager Sebastian in his attempts to cajole her back to work and into co-dependence, then by the world famous opera singer Emma Calvé, who is obsessed with the centuries-old Book of Abraham, written by the fourteenth-century alchemist Nicolas Flamel. And finally by her ex-lover Mathieu, who is determined to lure her back into his arms, unaware of the danger that had led Delphine to flee Paris for New York five years before