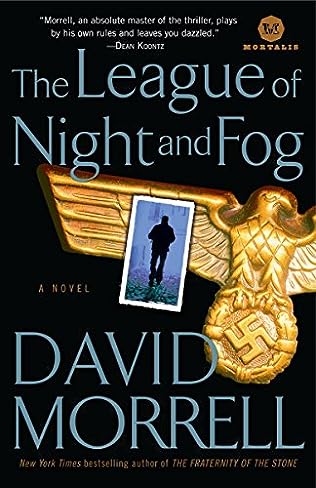 Master operatives whose paths never previously crossed must combine forces in this thriller.

David Morrells international thrillers have no equal. Among his classic novels, this story stands as one of his most exciting and brilliant works a globe-spanning tale that brings together two generations of men and women bound by one murderous legacy.

From the Vatican to the Swiss Alps, from Australia to the heartland of America, the two masterful operatives known as Saul and Drew are being drawn together to solve a violent riddle: Why have ten old men been abducted from around the world? When the agents, weary of their own covert wars, begin to investigate, they are pulled into a terrifying cycle of revenge that began in the heart of World War II and is now forcing sons to pay for their fathers darkest sins.

The League of Night and Fog is the concluding novel in David Morrell’s Mortalis trilogy that begins with The Brotherhood of the Rose followed by The Fraternity of the Stone. Morrell brings back two of the heroes from those earlier works: Saul, a Jewish former CIA operator from Brotherhood; and Drew; a former State Department assassin-turned-Catholic monk from Fraternity.