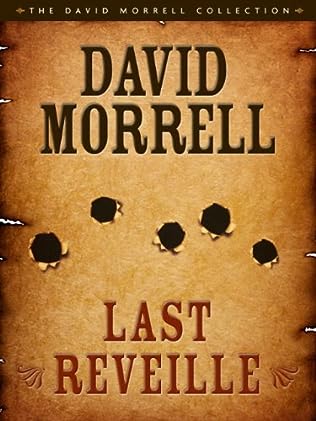 A dramatic story set on the American-Mexican border in 1916 The author draws on a true historical event where the Mexican bandit Villa and his men massacred the border town of Columbus, New Mexico.

The U.S. Cavalry calls out tough, hard-drinking wilderness fighter Miles Calendar to uproot Pancho Villa and his band of guerrillas from the rugged Mexican province of Chihuahua in the early 1900s.

In 1916, Mexican bandit Pancho Villa raided the southwestern border town of Columbus. Three hundred American soldiers fought four hundred attackers in a battle that ended with one of the last cavalry charges in U.S. history. Outraged, Congress ordered the U.S. Army to invade Mexico in pursuit of Villa.

For the first time, trucks and airplanes accompanied U. S. cavalry into combat, practicing for America’s entry into World War I. Influenced by Sam Peckinpah, Rambo-creator David Morrell dramatizes this epic era in American history through the eyes of a civilian scout old enough to have been in the Civil War, the Indian wars, Cuba, and the Philippines.

Knowing that his ways are finished, he teaches a young recruit about the past, at a cost he never expected to pay.