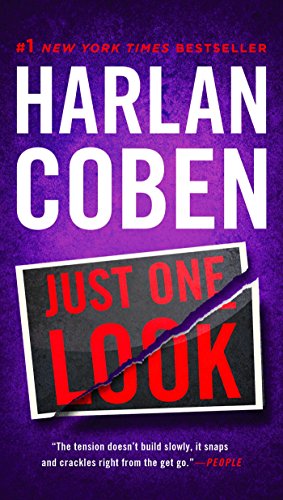 An ordinary snapshot causes a mother’s world to unravel in an instant. Grace Lawson is living a happy, straightforward life in the suburbs withher husband, Jack, and two young children. After picking up her two young children from school, Grace Lawson looks through a newly developed set of photographs. She finds an odd one in the pack: a mysterious picture from perhaps twenty years ago, showing four strangers she can’t identify.

But there is one face she recognizes—that of her husband, from before she knew him. When her husband sees the photo that night, he leaves their home and drives off without explanation. She doesn’t know where he’s going, or why he’s leaving. Or if he’s ever coming back. Nor does she realize how dangerous the search for him will be. Because there are others interested in both her husband’s past and that photo, including Eric Wu: a fierce, silent killer who will not be stopped from finding his quarry, no matter who or what stands in his way.

Her world turned upside down, filled with doubts about her herself and marriage, Grace must confront the dark corners of her own tragic past she struggles to learn the truth, find her husband, and save her family.