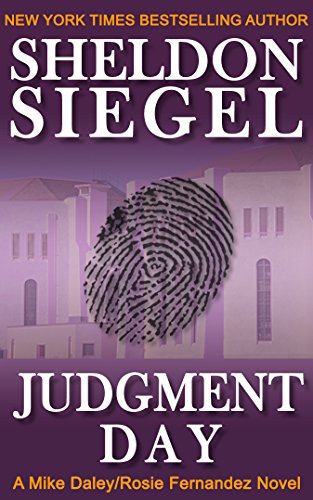 As husband and wife, Mike Daley and Rosie Fernandez couldn’t make it work. Luckily for Bay Area criminals, they didn’t let that stop them from joining forces to open San Francisco’s most tenacious law firm.

As defense attorneys willing to take on the biggest and trickiest cases, Daley and Fernandez make one hell of a team. Judgment Day finds the ex-spouses tackling their most compelling case yet. Called in at the last minute to try to stop the execution of Nathan Fineman, a former mob lawyer convicted of murdering three people in the backroom of the notorious Golden Dragon Restaurant, Mike and Rosie must race the clock in a desperate attempt to prove their client’s innocence – an impossible task, given the wealth of forensic evidence pointing to his guilt.

At the same time, Mike must battle his own personal demons when the reputation of his father – a San Francisco cop who was one of the first officers at the Golden Dragon on the night of the murders – is called into question. As the plot hurtles toward its stunning denouement, Judgment Day is fast approaching not only for Nate Fineman, but for Mike’s father and for the law firm of Daley and Fernandez as well.