John Marrs is a British standalone psychological thriller novel author who made his debut in 2014 with When You Disappeared. The author has written to date 7 books, with the latest, The Keepers, published in 2020.

Here are the John Marrs books in order of publication. The reading order is up to the reader, as the books are not part of a series.

When Catherine’s husband, Simon, disappears without a trace, her life beings a downward spiral. She is convinced that he didn’t leave on his own. Could he have been abducted? Maybe Dead? However, it seems he did leave on his own, as he is now traveling the world in a new carefree life, which he lives until 25 years after, when he appears once again on Catherine’s doorsteps. What made him leave his first family and what secrets did he leave behind?

Welcome To Wherever You Are

What would you do if you could find your true mate, your true other half with a simple DNA testing? The company Match Your DNA offers just that. Every person has just one other matching person in the whole world, and that person might be just perfect, or might be much younger, or much older, or even of the same sex. The story follows five people who have found their match and how this new knowledge has disrupted not only their lives but also the lives of those around them.

End of Line is an organization that helps people at the end of their hope. They all in, and they find something new to live for. Except when at the other end of the line is Laura Morris. Laura doesn’t want to help people; she has her own agenda; she wants them to die. But when one of the callers gives her an offer she can’t refuse, will she take it? And will it change her life? And will it change his?

Watch out Jack the Ripper: a new serial killer is in town. One more ruthless and more depraved than England has seen before. DS Becca Vincent and DS Joe Russell are on the case, which turns out to be quite difficult to close because the killer is very meticulous, calculated, and cunning. Unlike the author’s previous books, Her Last Move is a police procedural rather than a psychological thriller.

In the near-future U.K., when self-driving cars are a thing, 8 people are in their self-driving cars heading toward their destinations. Except, shortly after their takeoff, the cars lock, and a voice tells each of them that they’re going to die very soon. The vehicles have been hijacked for some nefarious purposes, and it looks like there is no way out for any of them. Or is there? When the whole social media is watching a Battle Royalle unfold in front of billions of eyes all around the world, is there anyone who sides with the seemingly innocent passengers, or are they truly alone?

Five ordinary people are chosen to help cyberterrorism. They undergo a medical procedure involving genetic code implanted into their heads which allows them to become the ultimate secret keepers. Only these five people know the most heinous and damning secrets the governments are keeping hidden. But when they start dying off one by one, it is clear that someone else has learned about their identities and roles. 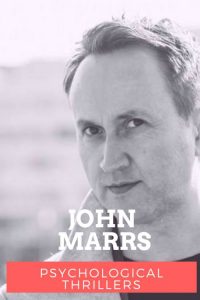 John Marrs was born in Northamptonshire, The United Kingdom. He grew up with a love for reading books as well as writing them. At school, English Language and Literature were his favorite courses. He always enjoyed writing stories about people, getting inspiration from the world around him.

However, once he finished school, he didn’t write any fiction until his debut novel, which he started writing in 2011. After completing his A levels, at the age of 18 he became a journalist, working his way up starting from local newspapers to national newspapers and magazines until he became a freelance journalist.

As a former journalist based in London and Northamptonshire, he has spent over 25 years in the entertainment industry from TV, movies and music, focusing on interviewing celebrities for newspapers, basically for British mainstream publications such as The Guardian, Empire, GT, OK! Magazine, Total Film, The Independent, Star, Reveal, Company and Daily Star, which shows his passion for working with people and writing about people.

This passion is also reflected in his standalone psychological thriller novels which put regular, ordinary characters in highly unusual and extraordinary situations.  When thinking about writing Her Last Move, the author was wondering whether he could write a political thriller, to step out of the psychological thriller genre, and he did quite a good job of it as well.

For his books, he takes his ideas from all sorts of situations. In writing The Wronged Sons, he got his idea from a true life story he read in The Guardian’s Family section. His second book, Welcome To Wherever You Are, was born through the author’s backpacking travels during his 20s. The third book, The One, came about through John Marrs’ wedding organization.

In an interview with John Marrs, he mentioned that he is more of a pantser rather than a plotter. He does know the basic storyline, and then he just starts fleshing out the plot and the characters. Initially, when he wrote his first book, he drafted them while commuting on trains as he lives in Northamptonshire but was working in London. Now that he stopped working as a journalist in December 2017, he can write from home as a full-time author.

Before publishing his debut novel, John Marrs got his manuscript rejected by over 80 agents and publishers. So instead he went on to self-publish it. Two years later, Thomas & Mercer approached the author for this book, and it eventually got partially rewritten and republished. In only 18 months since publication with Thomas & Mercer, the book sold over 300,000 copies. He continued self-publishing his next novels, and The One, his third book, was published next by Penguin, which they noticed after it has been self-published and sold very well. The John Marrs books have been so far sold in over 20 countries across the globe.

The One is also being adapted as a TV show by Urban Myth Films, to be released on Netflix as a 10-part series in early 2020.

A fast-paced thriller that offers a discourse on morality and ethics…Marrs excels at thrilling readers by creating a real sense of tension and delivering a believeable, harsh criticism of modern society through this dark and entertaining story. Driving…will never feel quite the same. (LA Times on The Passengers

One of the most exciting, original thriller writers out there. I never miss one of his books. (Simon Kernick on The Passengers)

Fantastic…The One is a clever story with great pacing but it’s the characters that make this a standout thriller. (Hollie Overton on The One)

The One is my kind of book, one that stimulates the mind while warming the heart…Gorgeously written, and pulsing with heart. (Louise Beech on The One) 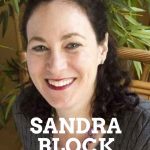 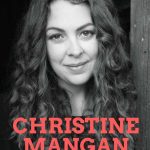 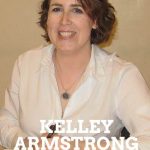