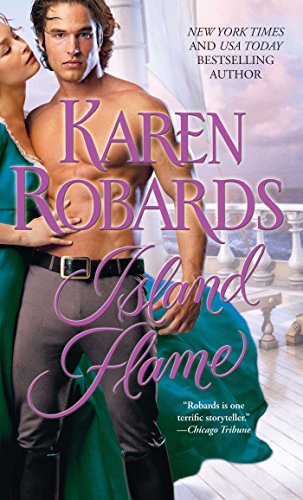 Lady Catherine Aldley was en route to London when pirates attacked her ship. Just in time, Captain Jonathan Hale rescued her from his own men, sweeping her into his arms, staking his claim on the pampered daughter of England’s ambassador to Portugal. All Catherine had were her wits and the will to beat her captor at his own game. His searing kisses kindled unfamiliar passions, but she vowed to make him her prisoner of desire. . . .

He was a legendary pirate, daring, triumphant, free. Jonathan Hale never took captives and always escaped—until he saw the headstrong beauty he couldn’t leave behind. She was fire and ice, a lady outraged, a tigress in his arms. Cathy refused to be treated like chattel, yet yielded to his sensual invasion as she conquered his body and soul. She made loving truly dangerous, exposing his deepest fears—and his mutinous heart. . . .

Carried off to an isolated pirate island, Lady Catherine Adley longed for the chance to slit Jonathan Hale’s neck. But his desire for her was boundless, and Catherine’s flesh soon burned for his skillful touch. When the English rescued her and took Hale captive, Catherine found herself shamelessly begging for the life of the man she had sworn to kill.