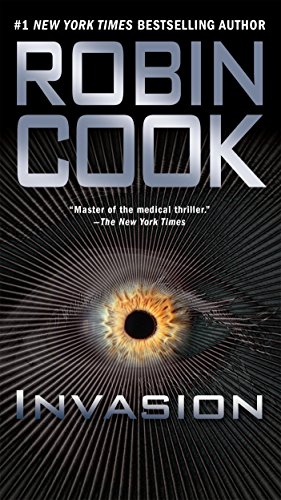 With his finger on the pulse of the latest medical technology, Robin Cook preys on our deepest fears with uncanny skill. Now, in his most provocative thriller to date, he explores a sudden outbreak of strange new symptoms that defy diagnosis. The cause is unknown—and unknowable—because it is unlike anything humankind has ever seen….

To anyone glancing upwards at the night sky, it would have seemed like a brilliant shooting star, but moments later electronic equipment began to spark and explode throughout the city. A deadly threat to life on Earth – from the icy vastness of outer space – invasion.

One evening, the entire population of an American provincial town is confronted with an inexplicable phenomenon: in all houses electrical appliances give the mind at exactly the same time.

Soon after this enigmatic phenomenon, many residents begin to show signs of illness. The town seems to be in the grip of a dangerous flu epidemic which in a large number of cases takes its toll: not everyone survives the infection.

But those who are cured of the flu are no longer as before: their personality has changed. They behave very differently, and are perceived as unnaturally excited by their roommates. Similarly, the young student Beau Stark. He is becoming increasingly fanatical as a new kind of prophet who predicts ‘a new beginning’.