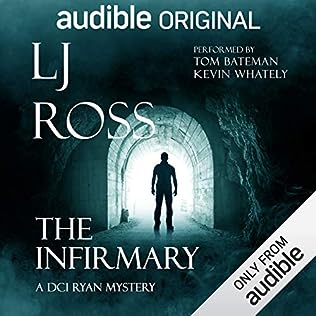 Introducing a new multicast drama by LJ Ross, the author of the international number one best-selling series the DCI Ryan mysteries.

There’s a serial killer targeting the streets of Newcastle, seemingly picking his victims at random but subjecting them all to the same torturous end. When the Chief Inspector on the case goes missing, it falls on DCI Ryan to track down the man who is brutally murdering women and goading the police to ‘catch me if you can’.

As everyone becomes a suspect, Ryan and his team get drawn further and further into the case, but for Ryan the nightmare gets closer to home than he could ever have imagined.