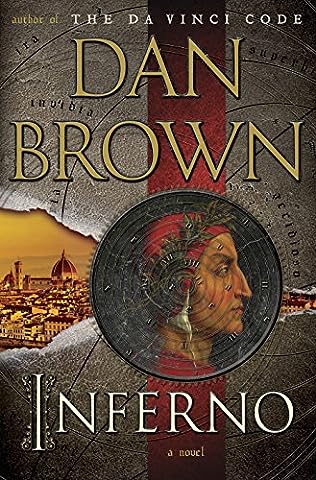 Dan Brown’s new novel, Inferno, features renowned Harvard symbologist Robert Langdon and is set in the heart of Europe, where Langdon is drawn into a harrowing world centered around one of history’s most enduring and mysterious literary masterpieces.

Harvard professor of symbology Robert Langdon awakens in an Italian hospital, disoriented and with no recollection of the past thirty-six hours, including the origin of the macabre object hidden in his belongings. With a relentless female assassin trailing them through Florence, he and his resourceful doctor, Sienna Brooks, are forced to flee.

Embarking on a harrowing journey, they must unravel a series of codes, which are the work of a brilliant scientist whose obsession with the end of the world is matched only by his passion for one of the most influential masterpieces ever written, Dante Alighieri’s The Inferno. Drawing from Dante’s dark epic poem, Langdon races to find answers and decide whom to trust… before the world is irrevocably altered.

Dan Brown has raised the bar yet again, combining classical Italian art, history, and literature with cutting-edge science in this sumptuously entertaining thriller.