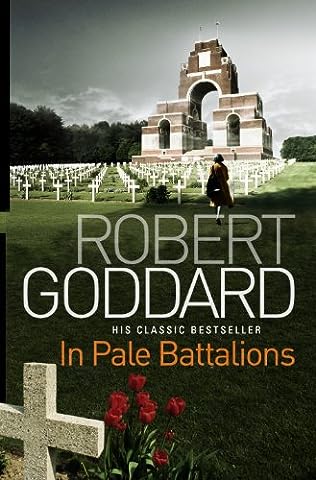 Six months after her husband’s sudden death, Leonora Galloway sets off for a holiday in Paris with her daughter Penelope.  At last the time has come when secrets can be shared and explanations begin…

Their journey starts with an unscheduled stop at the imposing Thiepval Memorial to the dead of the Battle of the Somme near Amiens.  Amongst those commemorated is Leonora’s father.  The date of his death is recorded and 30th  April, 1916.  But Leonora wasn’t born until 14th March 1917.

Penelope at once supposes a simple wartime illegitimacy as the clue to her mother’s unhappy childhood and the family’s sundered connections with her aristocratic heritage, about which she has always known so little. But nothing could have prepared her, or the reader, for the extraordinary story that is about to unfold.

This is only the start of a series of revelations that span three generations of a distinguished aristocratic family who are not what they seem. Penelope must piece together a tale of war, of loss, of greed, deception and vice – and the perpetrator of a murder left unsolved for more than half a century…