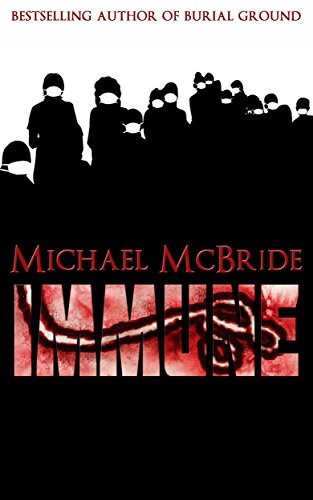 The Warsaw Pact is officially dissolved. An amateur video captures the beating of Rodney King. The Gulf War is over. Nirvana releases the album Nevermind. The Soviet Union collapses.

The year is 1991, and the world is changing. It’s fourth of July, and the whole town is celebrating a returning war vet. The hot dogs and hamburgers will be supplemented by the U.S. Army sponsoring a giant fire works display.

For Landon Crane, the future couldn’t look brighter. He’s madly in love with a beautiful girl who’ll be leaving with him for college in just over a month. The small mountain town of Mineral Springs will be hosting the largest Independence Day celebration in its history to welcome home war hero Travis James, highlighting the ultimate summer of freedom.

Travis has returned with more than the Medal of Honor. He’s brought something else with him, something capable of inflicting unimaginable pain and suffering. Before the night is through, Landon and the rest of the residents of Mineral Springs will be forced to answer the most terrifying question of all.

Who among them will survive?