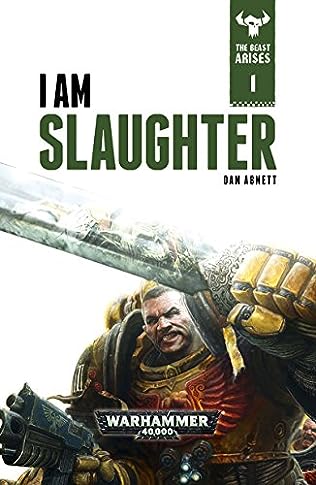 It is the thirty-second millennium and the Imperium is at peace. The Traitor Legions of Chaos are but a distant memory and the many alien races that have long plagued mankind are held in check by the Space Marines.

When a mission to exterminate one such xenos breed on the world of Ardamantua draws in more of their forces, the Imperial Fists abandon the walls of Terra for the first time in more than a thousand years. And when another, greater, foe strikes, even the heroic sons of Rogal Dorn may be powerless against it. The Beast Arises… and it is mighty.

It’s the start of a brand new (and more epic than the most epic thing you can think of) event series from Black Library.

It’s a brand new story set in an unexplored era of Imperial history and as well as showing the entire Imperial Fists chapter in action against an ork invasion of staggering scale, it gives us a look at Terra itself, the machinations of the High Lords and the start of the Imperium’s slide into the dystopian horror we all know and love. Also, did we mention orks? Lots of orks. Seriously, so many orks.