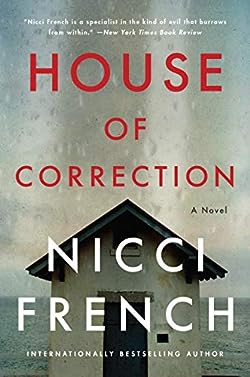 ‘So,’ said Mora Piozzi, her lawyer, looking down at her laptop. ‘In brief: you are charged with the murder of Stuart Robert Rees, on December 21st, between the hours of ten-forty in the morning and half-past three o’clock in the afternoon.’

Tabitha is accused of murder. She is in prison awaiting trial. There is a strong case against her, and she can’t remember what happened on December 21st.
She is alone, frightened and confused.
But somehow, from the confines of her cell, she needs to prove everyone wrong.

Tabitha is detained in a detention center, accused of murdering neighbor Stuart Rees. However, she can hardly remember anything about the day in question, she suffered from depression. Still, she thinks she’s innocent. When she notices that her intended lawyer has doubts about this, she decides to take up her own defense. But that turns out to be difficult from the cell.

Several acquaintances from the village and her ex visit her in prison, as a result of which she finds out that Stuart had few friends and that she herself has been viewed with suspicion from the moment she returned to live in the village. Would someone try to blame her or maybe she did it herself?

House of Correction is beautifully written, clever, shocking, twisty, so believable and utterly compelling. This is another stunningly brilliant novel to relish from Nicci French