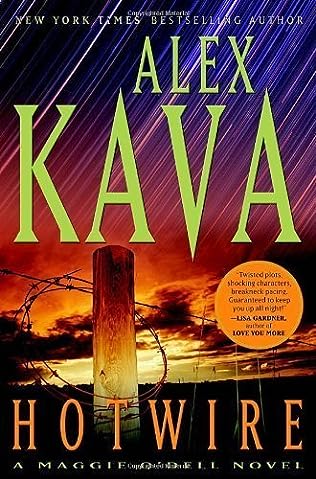 In New York Times bestselling author Alex Kava’s new thriller, Special Agent Maggie O’Dell investigates the death of three teenagers, only to find herself in the middle of a conspiracy involving biological warfare.

On a crisp fall evening in western Nebraska, what started as a group of kids filming their drug-fueled party ends in an explosive light show, leaving the victims apparently electrocuted, with odd scorch marks being the only evidence. While Maggie tries to make sense of the dif-ferent stories, sifting through what is real and what is hallu-cination, she realizes that the surviving teens are being targeted and systematically eliminated.

Meanwhile on the East Coast, Maggie’s FBI partner, R.J. Tully, and Army colonel Benjamin Platt are at the scene of a deadly outbreak, desperate to identify the pathogen that has infected children at a Virginia elementary school. Despite the miles that separate them, the two cases collide as Maggie, Tully, and Platt uncover secrets that were meant to stay hidden in the remote Midwest landscape.