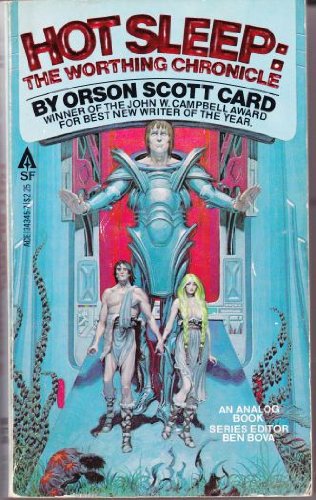 The human race gets a second chance. What would happen if the human race has a chance to erase all its mistakes and try again? Could we create a perfect world? Hugo-award winning author Orson Scott Card explores this possibility with intriguing results.

Jason Worthing is sent with 333 people to start a colony in deep space. However, when he arrives at his destination, he discovers that, as a result of a battle in space, the memories of all his colonists have been erased. Starting with 333 infants in adult bodies, Jason sets up a completely new kind of world. It all goes smoothly until the second generation learns to think for itself

Hot Sleep probes the mind of Man and delves into his true nature. You’ll either argue with Orson Scott Card’s conclusions or you’ll believe them. But you will care about what they say.